What is a Near Death Experience?

A near-death experience (NDE) refers to a broad range of personal experiences associated with impending death, encompassing multiple possible sensations including detachment from the body; feelings of levitation; extreme fear; total serenity, security, or warmth; the experience of absolute dissolution; and the presence of a light.
These phenomena are usually reported after an individual has been pronounced clinically dead or otherwise very close to death, hence the term near-death experience. Many NDE reports, however, originate from events that are not life-threatening. With recent developments in cardiac resuscitation techniques, the number of reported NDEs has increased. Many in the scientific community regard such experiences as hallucinatory, while paranormal specialists and some mainstream scientists claim them to be evidence of an afterlife. 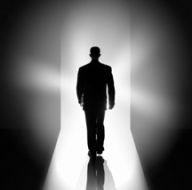